The man with the vest
Grasped tightly to his baguette,
Nodding down to bite.

In London, I have begun writing haikus. I find that it is an excellent way to boil down a moment to a particular sensation, oddity, feeling. The man with the vest was on the tube escalator. I fully surrendered to the tube escalators. They are just too long to consider trekking up, especially with jet-lag. So, I would settle in behind the man with the baguette and the lady with the high heels, I read the play posters, and give into the journey to the higher ground. This is clearly a luxury of my time off. When I “have to be somewhere,” I would rarely settle into an escalator, no matter how steep the climb.

Also in London, I have found the joy of traveling sans guidebook, with the guidance of a lovely cousin and her lovely boyfriend. It is such a remarkable privilege to arrive in a foreign land to the welcoming embrace of a loved one, who is willing and able to take you on a journey. In my 9 days here I did not see Big Ben or Westminster Abbey. But, I did stroll through St. James and Hyde parks, drink world-renowned coffee at Monmou Coffee while tasting the most divine flavors known to man as I weaved through Borough market. I also saw art at the Tate Modern, including the original Dali painting that donned the walls of my high school boyfriend’s bedroom in the form of a poster cut up into sections on his closet accordion door.

In the countryside of England, we walked. A lot. Becca and I both came to understand why people continuously write about pastures and label music “pastoral.” Pastures are simply divine. Our most arduous day we walked 12 miles through pastures of cows and sheep to the sea where we found the Seven Sisters National Park. The coastline boasted white cliffs that dropped straight into the ocean without a hint of hesitation. We were given blue skies and sunshine and sunburns for our walking, and soaked it all up.

We met the characters of the countryside including the man who owned the crystal shop in Littlington. I would write his name, but I fear I would butcher it… just imagine the name of a jester in a fantasy world full of dark lords and dragons. He spoke about the powers of crystals so matter-of-factly, that he might as well have been talking about car mufflers. His round belly, slightly balding head, and nerdy glasses seemed to be all too knowing, leading both my cousin and I to find crystals to help guide our ways. Or there was Roy Savage, the man who owned the tennis courts/campground in Alfriston. He went to Ohio State for a year on a tennis scholarship. There was something in the way he carried himself that made him seem like a star of years past who has all but been forgotten, but at one point was really something.

In the city, there was Simon, a friend of Becca’s who is a poet-writer-artist-performer who has many rituals he sticks to and a way of seeing the artistic talent in others. He offered free tickets to a play, so our last night in London found us at the Royal Court Theater where we watched opening night of a play about a man giving birth. It comedically explored very interesting themes about the medicalization of the birthing process, gender roles, and parenting. After the play concluded, Becca and I sealed our week with ale and porters and shared stories.

I really had an amazing time in England. But it was not because I planned the best trip itinerary. I actually never read a single guidebook, I share perhaps with a tinge of shame. I had an amazing time because I allowed myself to bump into the city as I strolled and because Becca and Ajay welcomed me into their home as only family can, creating an adventure full of beauty, delicious tastes, affirming love, and challenging questions. I left London satisfied and ready to sign up for Fare Alerts so I can hop across the pond for another visit!

It did not hurt my impression of London when I was upgraded to business class yesterday morning, allowing me to hang out in the elite British Airways lounge and indulge in croissants and cappuccino. But clearly, the most lasting feeling from the trip is my love for my cousin and how special it was to get to share that time together. I continue to be reminded that the greatest gift one can give another is time and shared experiences. And I think when those ingredients combine, positive residue is left behind…

London streets sparkle
Not just because of the rain
Cousin love sheds jewels.

I have been keeping a google doc of my symptoms. But, it is hard not to feel like I am just complaining and too sensitive. I saw my back doctor’s eyes as I told him all the things that I have been feeling. They pretty much resided in the back of his head. He bantered back and forth with me about my symptoms. He noted his only exposure to yoga was living above a studio, and mocked my assertion that it had helped me with awareness. “Right, awareness. That is what yoga is all about huh? Smirk. Smirk.”

As I left, he told me I had a pretty smile. He did not take me seriously. He reluctantly ordered an MRI of my low back, though he said he would “sleep just fine at night without you having one.” Still, I did it. And two days later, there on the computer screen, were my two degenerated, bulging discs complete with bone spurs and adema and shit. The back of a construction worker or grandma. Shit. He says it will never get better and there is nothing I can really do. He suggested paying attention to it and modifying life according to that. I said, “cool.” He said, “cool.” Really. This is what Western medicine has to offer.

My Chiropractor, Dr. Baker, on the other hand ensures me that if I wobble on a blue inflated disc, lay over a foam wedge daily and get consistent chiropractic care, I can take my stage 3 degeneration back to a stage 2. Dr. Baker is serious about chiropractic care and even more serious about his contempt for all types of care that are not part of his Total Maximized Living package. He is more of a motivational speaker and coach than a doctor. His office is adorned with quotes from MDs about subluxation and corrective care and the number of deaths hospitals cause and healing. He relives his glory days of competitive weight lifting down the hallway to the bathroom where his muscles literally bulge through the photographs as you pass. You do not go in your own room to get your care. You are with a community of other healing people and hear Dr. Baker cheer each one on as they climb atop his table. “Ooohh, good one. Great adjustment.” “Oh, did you feel that? You have been doing your homecare!”

I can’t help but feel like I am a C student when I go see Dr. Baker. I do the homecare, sort of. I don’t give him hugs after my adjustments. I can’t bow down and worship the chiropractic care God as my one and only savior. I still worship a few other health care gods. I suppose I am a polytheist. I want to believe in one way, but there is so much proof of so many different answers along with so much proof that there is no answer. I find myself doing what any good Unitarian would do and finding a little bit of each to fold into my personal care plan. Yet, I clearly have yet to be saved… as is also typical of most Unitarians.

So, it was my back pain’s unending knocking and this persistent foggy headed fatigue that ultimately brought me back to Cincinnati for the past 6 weeks. While my soul could have kept hopping, my body had had enough and once I sat down for a minute, I realized my soul was ok with the reprieve as well. I found a friend with an extra room in Northside, and I made a little home centered around healing my body, discovering what young adults are doing in Cincinnati, networking, and repacking for my final big move of the year.

Six weeks later, my back still hurts, but I have a new understanding about what is really going on and arsenal of exercises that should at least help me manage. My fogginess has lifted. My childhood is thoroughly sorted through, straight A report cards from age 6 to 18 were carefully pruned down to the ones just with the best teacher commentary. I held off from throwing out my 6th grade presidency campaign signs just in case I run for office some day. I thought Huffington Post would surely like to do a piece on my first successful political campaign. 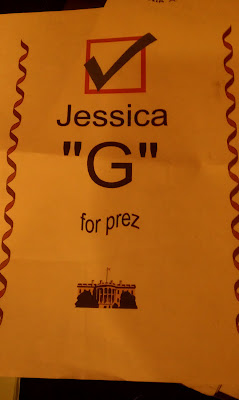 My Midwestern blood is pulsing proudly. This time in Cincinnati, I really did it. I did two long group bike rides centered on food.

I had visitors from Chicago come and boasted the city’s gems. Clearly if I ever come back to live in this city, I will need to recruit a few other like-minded urban pioneers to join me.

I spent a day strawberry picking and strawberry baking with my mom (perhaps the stuff of another blog post). 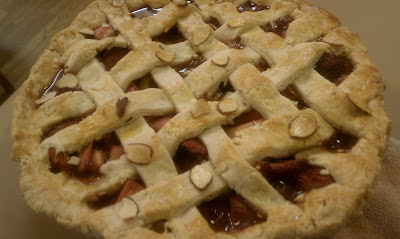 I explored the all-american country side of Adams County, Ohio with my sister-in-law and nephew. 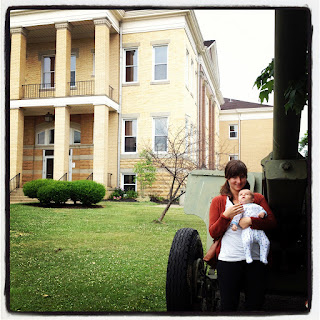 I played one too many games of Settlers of Catan with fellow artists, politicians, bakers, and twenty-somethings with flexible schedules. 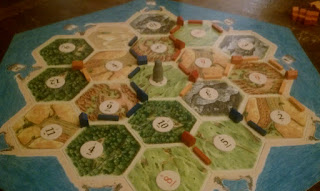 I indulged in delicious riverside beer with my dad. 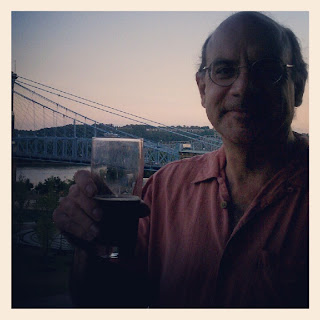 I volunteered for Sherrod Brown. I met people doing amazing work in education, juvenile justice, politics, and youth development. I sowed a few seeds just in case someday my path brings me back to the place I was born.

In Boston, I continue to update my symptoms journal and search for the perfect doctor who gets it all. But, until then, I heal with the knowledge that I really do love Cincinnati, I am so happy to be in Boston, and I get to go to London tonight.